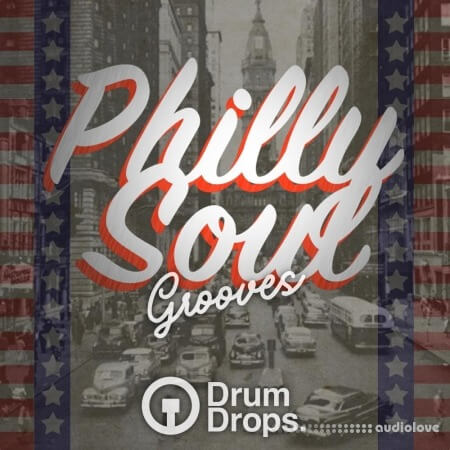 Team DECiBEL | 24 May 2021 | Loops: 628.6 MB | Multitracks: 12.48 GB
With over 300 loops and tempos ranging from 64- 123bpm Philly Soul Grooves is an encyclopaedic journey through salsoul, funk and disco taking influence from the kings 'n' queens of the Philly sound from Gamble and Huff to MFSB to Loleatta Holloway. Beautifully recorded by Julian Kindred at his world class private studio featuring legendary drummer Dan See, this collection of beats will give your tracks that authentic live feel and swing that will truly elevate them to the next level. We truly hope you enjoy this pack as much as we all loved making it.

Julian Kindred is a Canadian musician and Grammy award-winning producer/engineer whose entry into recording began on Nashville's Music Row in the early 90s. Honing his craft in many of the city's iconic studios, he worked with a long list of its legendary musicians and producers. A musical Anglophile, he moved to London in 2002, setting up his own recording & mixing studio, Nonsuch Park, where he continues to work and write on several projects. He's worked with numerous artists including Ellie Goulding, Aimee Mann, Nao, Hammock, Max Cooper & BT, as well as working on sessions for legends such as Little Richard & Steve Winwood.

Dan See is a UK-based session drummer with a wide range of recording, writing and live experience. Currently he is working with Lianne La Havas as part of her live band and can be heard on her MOBO nominated self-titled album Lianne La Havas. Dan is also working live with Laura Marling as well as appearing on her Grammy nominated album Song For Our Daughter. Other work includes working, recording and touring with Sir Tom Jones, Jamie Woon, Nick Mulvey, Nao, Lexxx, Kevin Killen and Ethan Johns.

The Multitracks & Mixes pack contains full length multitracks of every track, with separate wavs for all the different mics used on the kit. This pack is great if you want full control over the sound over the kit. With this pack we have also included a full length mixed stereo wav for each groove, so you have a mix ready to use for each tempo.

The Loops Pack contains stereo mixes of all the tracks, broken down into separate grooves and fills. These are ready-to-go loops perfect for loading straight into your track without any need for mixing or processing.