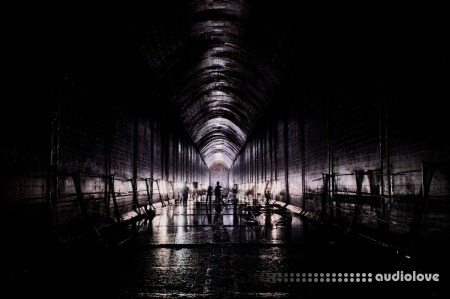 In search of the longest reverb in the world we landed on the edge of Kinrive Forest in Scotland, where hidden in the side of Kinrive Hill, are two bolted doorways.
The doorways lead to the bombproof fuel tanks of Inchindown, one of three secret fuel stores constructed near the main naval anchorages in Britain, in this case Invergordon naval base.

The British government needed to keep stores of fuel, in case the German Navy managed to block the ports or destroy shipping convoys and stop fuel supplies reaching Britain from overseas.

As part of an 2020 Apple TV+ documentary film production about reverb, Audio Ease recorded the 9 meter wide, 237 meter long and 13.5 meter high tank, which indeed holds by far the longest reverb Audio Ease has ever come across.

The tank is constructed from concrete which sits against the hard rock of Kinrive Hill. The only access for humans is through an 18 inch pipe. We recorded inside using 6 microphone stands with DPA 4006's and the largest Genelec that would fit through the hole in the entrance pipes, the 1032 monitor.