Hearing Homophony: Tonal Expectation at the Turn of the Seventeenth Century 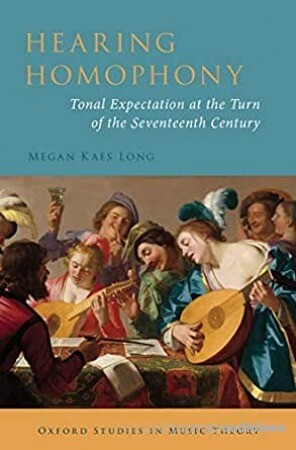 English | ISBN: 0190851902 | 2020 | 300 pages | PDF | 17 MB
The question of tonality's origins in music's pitch content has long vexed many scholars of music theory. However, tonality is not ultimately defined by pitch alone, but rather by pitch's interaction with elements like rhythm, meter, phrase structure, and form.

Hearing Homophony investigates the elusive early history of tonality by examining a constellation of late-Renaissance popular songs which flourished throughout Western Europe at the turn of the seventeenth century. Megan Kaes Long argues that it is in these songs, rather than in more ambitious secular and sacred works, that the
foundations of eighteenth century style are found.

Arguing that tonality emerges from features of modal counterpoint - in particular, the rhythmic, phrase structural, and formal processes that govern it - and drawing on the arguments of theorists such as Dahlhaus, Powers, and Barnett, she asserts that modality and tonality are different in kind and not mutually exclusive.

Using several hundred homophonic partsongs from Italy, Germany, England, and France, Long addresses a historical question of critical importance to music theory, musicology, and music performance. Hearing Homophony presents not only a new model of tonality's origins, but also a more comprehensive understanding of what tonality is, providing novel insight into the challenging world of seventeenth-century music.