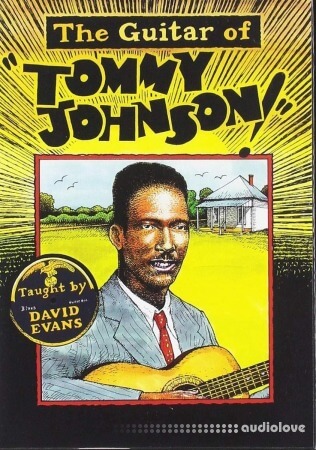 P2P | 21 October 2021 | 2.27 GB
Tommy Johnson (1896-1956) from Crystal Springs, Mississippi, was one of that state’s greatest blues singer/guitarists, an associate of Charley Patton, Willie Brown, Ishman Bracey, Charlie McCoy, Rube Lacy, the Mississippi Sheiks, and many others. Although he recorded fewer than two dozen tracks in 1928 and 1930, his influence was profound, as he encouraged other musicians to learn his songs and perform with him. Among those who later recorded versions of his songs were K. C. Douglas, Shirley Griffith, and Houston Stackhouse, and his musical ideas can be heard in the blues of Howlin’ Wolf, the Mississippi Sheiks, Robert Nighthawk, and blues rockers Canned Heat, to name just a few.

David Evans began researching Johnson’s life and music in 1964 and interviewed, recorded, and observed the performances of over a dozen musicians who knew and learned from Johnson, including his brother Mager Johnson, Babe Stovall, Roosevelt Holts, Bubba Brown, Mott Willis, Houston Stackhouse, Isaac Youngblood, Arzo Youngblood, and Boogie Bill Webb. In this lesson Evans explains the guitar style of Tommy Johnson, with its relatively simple fingering positions but complex rhythms, interpreting the songs as he learned them from Johnson’s disciples. The selections are performed in two keys of standard tuning (E and A), dropped D tuning, and Spanish (open G) tuning.

A detailed tab/music booklet is included as a PDF file on the DVD. In addition the original 1928 recordings of the songs covered are included.