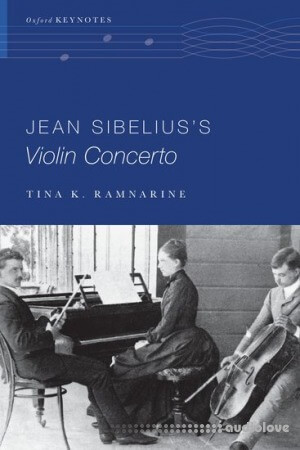 Tina K. Ramnarine | 2020 | ISBN: 0190611537 | English | 162 pages | ePUB | 4 MB
Jean Sibelius's Violin Concerto is the story of Sibelius as performer and composer, of violin performing traditions, of histories of musical transmission, and of virtuosity itself. It investigates the history and legacy of one of the most recorded concertos in the violin repertoire. Sibelius, a celebrated and influential composer of the late 19th and 20th centuries, was an accomplished violinist, whose enduring interest in the instrument has been paralleled by the broad success of the only concerto in his oeuvre: his violin concerto (premiered in 1904 and revised in 1905).

Considering how violinists engage with the work, author Tina K. Ramnarine discusses technology's central role in the concerto's transmission from Jascha Heifetz's seminal 1935 recording to contemporary online performances, gender issues in violin solo careers, and nature-based musical aesthetics that lead to thinking about the ecology of virtuosity in an era of environmental crisis. Beginning with Sibelius's early training as a violinist and his aspirations as a performer, Ramnarine traces the dramatic historical context of the violin concerto. It was composed as Finland underwent a period of heightened self-determination, nationalism, and protest against Russian imperial policies, and it heralded intense political dynamics relating to Europe's East-West border that have extended to the present. This story of the violin concerto points to the notion of Sibelius - and the virtuoso more generally - as a political figure.