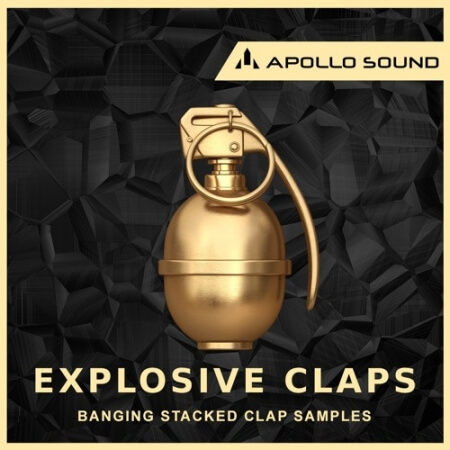 Team DECiBEL | 26 April 2022 | 24.1 MB
'Explosive Claps' by Apollo Sound was created especially for those who cannot imagine making modern tracks without stacked clap samples. The Apollo Sound team has recorded hand claps from scratch, processed and layered them with other sounds and categorised into eight different styles.

Club Claps: The name says it all. These are snappy claps mixed and layered with classic club snares, FX and synth sounds.

Group Claps: Claps of five or more people. They add a human feel to your compositions and are irreplaceable in Urban & Chill music.

Solo Claps: Dry claps of one or two people. You can use these separately or layer new sound from a few of these claps together.

The library was recorded with Oktava MK-318 condenser stereo-pair and dynamic Shure SM-58 microphones (classic to percussion and drums records) and passed through analogue preamps and compressors. All the sounds were processed in compliance with the highest standards of sound engineering and they are fully ready to be used in your DAW and hard/soft samplers. Besides the general WAV audio format, there are also sampler patches included for Kontakt and EXS24.

This is a clap sample pack only. The demo contains other sounds for illustration and they are not included in this sample pack.