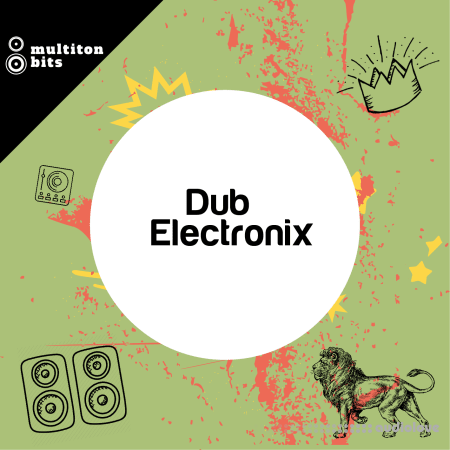 FANTASTiC | 10 May 2022 | 193 MB
Dub influenced more music styles than any other genre. From Ambient and Dubstep, Grime, House, Trip-Hop to Post-Disco and Post-Rock, to mention a few. Beautiful synths, guitars, drums and electric piano melodies, reshaped with delays, echoes and reverbs made some of the nicest moments in music in general. That is exactly what we tried to bring with Dub Electronix.

Dub was pioneered by producers such as Osbourne "King Tubby" Ruddock, Lee "Scratch" Perry, Errol Thompson and others in the late 1960s. They all looked upon the mixing console as an instrument, manipulating tracks to come up with something new and different. The Roland Space Echo was widely used by dub producers in the 1970s to produce echo and delay effects.

Dub was one of the first electronic music forms because reshaping and manipulating sounds was at the core of it. We have made 75 loops and 53 one-shots, using analog, FM and physical modeling synthesis, to produce, play and sample synths, guitars, percussions, drums and effects featured in this release. We hope that you will find our contribution to the style useful and get some inspiration from these spacey and melodic sounds.

Note: Use our one shots with accompanying loops to produce smooth transitions.