The Player Piano and Musical Labor: The Ghost in the Machine 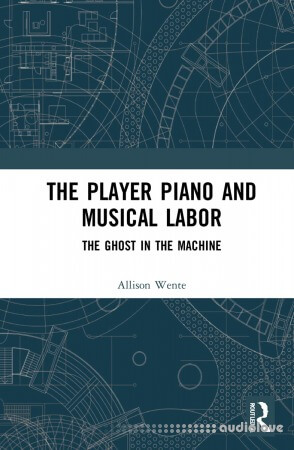 English | 2022 | ISBN: 0367553872 | 165 pages | True PDF | 18 MB
By the early 20th century the machine aesthetic was a well-established and dominant interest that fundamentally transformed musical performance and listening practices. While numerous scholars have examined this aesthetic in art and literature, musical compositions representing industrialized labor practices and the role of the machine in music remain largely unexplored.

Moreover, in recounting the history of machines in musical recording and reproduction, scholars often tend to emphasize the phonograph, rather than player piano, despite the latter’s prominence within the newly established musical marketplace. Machines and their music influenced multiple areas of early 20th-century musical culture, from film scores to popular music and even the concert hall. But the opposite was also true: industrialized labor practices changed the musical marketplace and musical culture as a whole. As consumers accepted mechanical replacements for what previously required an active human laborer, ghostly, mechanical performers labored tirelessly in parlors, businesses, and even concert halls. Although the player piano failed to maintain a stronghold in the recorded music marketplace after 1930, the widespread acceptance of recording technologies as media for storing and enjoying music indicates a much more fundamental societal shift. This book explores that shift, examining the rise and fall of the player piano in early 20th-century society and connecting it to the digital technologies of today.