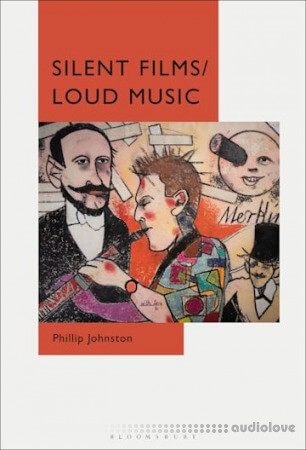 English | ISBN: 1501366408 | 2021 | 248 pages | PDF | 1 MB
Silent Films/Loud Music discusses contemporary scores for silent film as a rich vehicle for experimentation in the relationship between music, image, and narrative. Johnston offers an overview of the early history of music for silent film paired with his own first-hand view of the craft of creating new original scores for historical silent films: a unique form crossing musical boundaries of classical, jazz, rock, electronic, and folk. As the first book completely devoted to the study of contemporary scores for silent film, it tells the story of the historical and creative evolution of this art form and features an extended discussion and analysis of some of the most creative works of contemporary silent film scoring.

Johnston draws upon his own career in both contemporary film music (working with directors Paul Mazursky, Henry Bean, Philip Haas and Doris Dörrie, among others) and in creating new scores for silent films by Browning, Méliès, Kinugasa, Murnau & Reiniger. Through this book, Johnston presents a discussion of music for silent films that contradicts long-held assumptions about what silent film music is and must be, with thought-provoking implications for both historical and contemporary film music.