S1Kits Sounds And Loops I Made For Yeezus (Special Edition) [WAV] 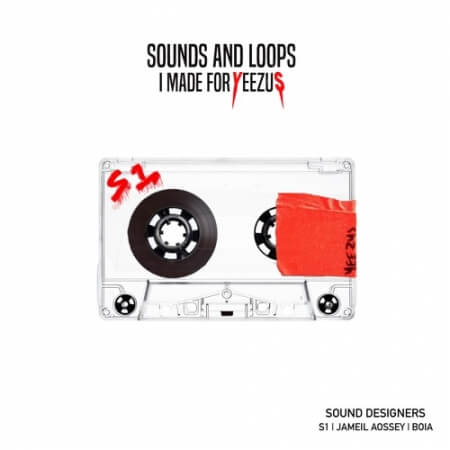 P2P | 07 July 2022 | 635.54 MB
'Sounds And Loops I Made For Yeezus' by S1 Kits contains 1GB of Premium content from the legendary producer Symbolyc One, and it includes 125 Loops, 99 One-Shots, and 14 Special Textures.
S1 has worked with Hip-Hop legends Like Jay Z, Eminem, Kanye West, Drake, Lil Uzi Vert, and even Pop artists like Beyoncé, Madonna, and Adam Levine.

Straight from the secret Vault of Multi-Grammy Award Winning Producer, Symbolyc One 'Sounds And Loops I Made For Yeezus', a collection of sounds he made for Kanye West.

This kit is packed with 1GB of Premium content, including 125 Loops, 99 One-Shots, and 14 Special Textures.

To mark the 8th anniversary of the release of Kanye West's sonic masterpiece, Yeezus. Symbolyc One decided to release this Rare Collection of Sounds from his Vault.

"It was such a blessing and honor to work on this project with so many other influential creatives, and also to produce "Guilt Trip" from the album." Symbolyc One

Inside this pack, you'll find Drums, Sounds, and Loops he created while working on the album and tons of new sounds crafted alongside Producer/Sound Design master Jameil Aossey and additional Vocal Textures by BOIA.